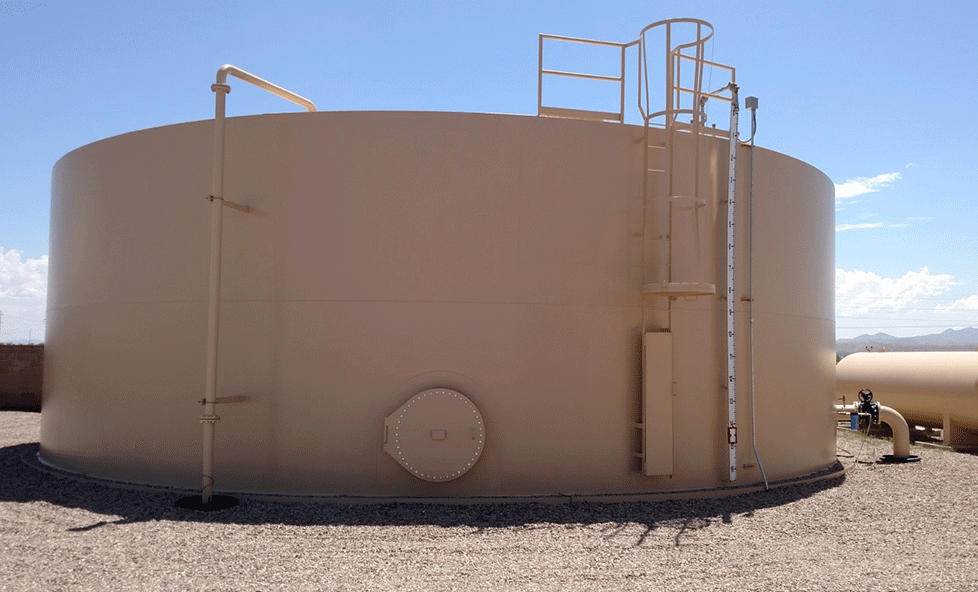 The project included design and construction documents for a second 200,000-gallon above-ground welded steel water storage tank. The design included on-site piping, pump selection and layout, water storage, and associated piping, valves, and site grading. There is an existing 200,000-gallon tank on this site. Careful coordination to minimize disruptions in operation were required.

The design allowed for two tanks to operate together with one well filling both or either tank could be taking offline for maintenance purposes without interruption of service. This 200,000-gallon water storage tank was added to an existing build-out site. The existing piping was confirmed to allow the construction of this tank with no interruption to existing service. The tanks, well, and booster pump station were configured to allow either tank to operate allow so that maintenance can be complete do neither tank. This project was $60,000 under the original construction cost estimate.

We approve this link, but it’s not on our website! Click your desired link again to view.